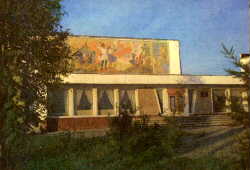 Since the first years of the Artel of Ancient Painting existence a problem of training specialists has appeared in Palekh. The first pupils appeared in 1926 there. A pupil was sat by the master and was taught how to paint in Palekh manner in such a way.

In 1928 a Special Vocational School of Ancient Painting was opened in Palekh where the pupils were taught for four years. In 1935 it became a Technical School of Art. And in 1936 it became a college as a part of All-Union Commity Art System. 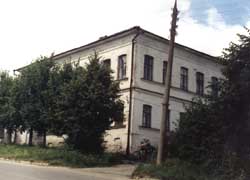 Palekh Art College is a secondary special educational institution with five year term of study. The students study both technicals, composition of Palekh miniature, wall painting and academic drawing and painting, anatomy, perspective, technology of pictorial material, history of art. First they had the following specialities: Miniature Palekh Art, painting on parchment, wall painting, porcelain painting. In the seventies there were lessons on restored temper painting. Since 1991 there has been opened three-year term of icon-painting.

The college has a museum where you can see diploma works of graduates.